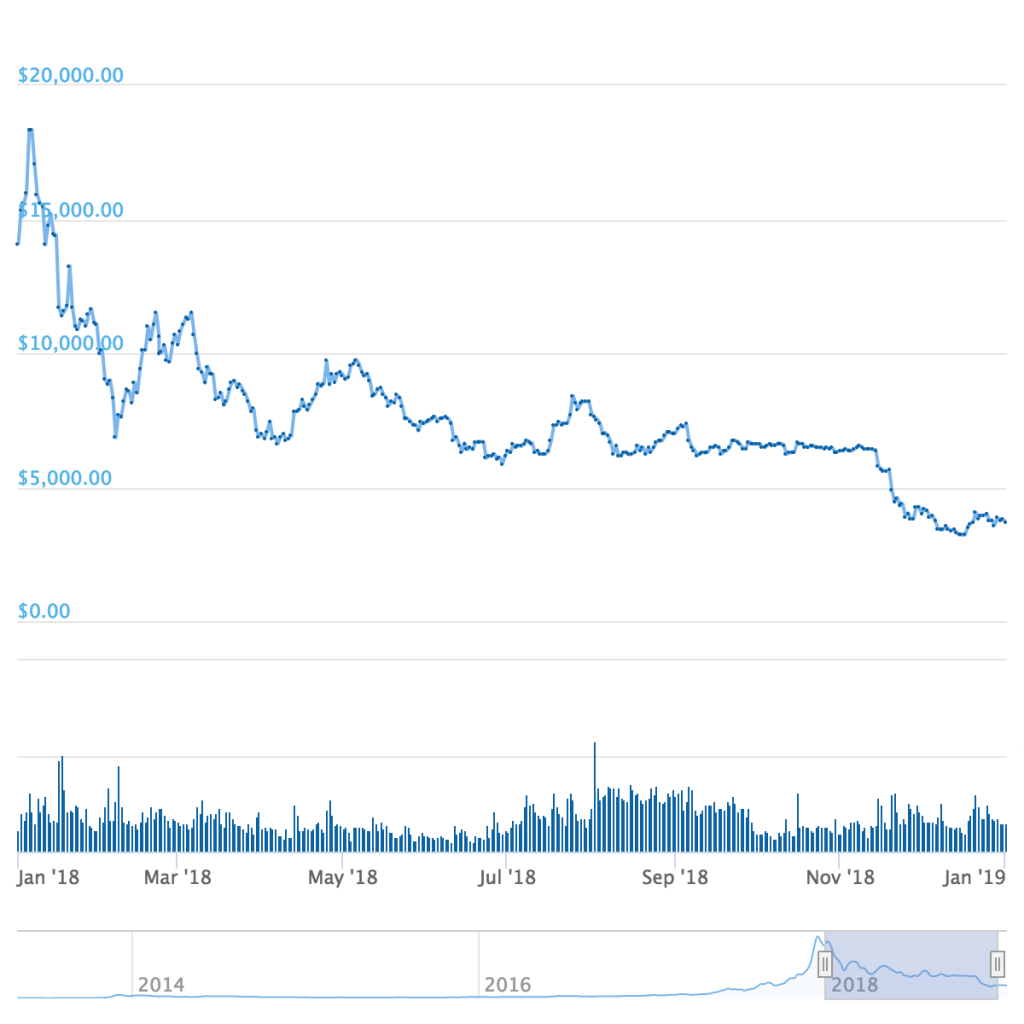 Bitcoin started off 2018 around $14,000 after having reached a peak of above $19,000 in mid-December 2017. The peak price for 2018 was around $17000 on January 6 but from that point onwards everything was downhill, which saw bitcoin ending the year around $3800. Many people (“experts” included) made bitcoin price predictions for the end of 2018 and beyond, let us see just how close their predictions were.

In the rest of this article, we shall look at popular price predictions about bitcoin prices made in 2018 and the major events that affected the price of bitcoin and other cryptocurrencies in 2018.

Bitcoin price predictions from 2018, were they on the mark?

Coming off the 2018 high, most experts predicted that bitcoin will only go higher, this was supported by the fact that historically (except for 2014) the bitcoin price at the end of the year was higher than that at the beginning of the year or the previous years high.

On the other end of the spectrum, there were some business and economics experts who thought bitcoin was overvalued, a ponzi scheme, not a currency and had no real use case. Below is a list of people who don’t buy into the bitcoin hype.

We are now in 2019 and we have not seen any major price movements yet with bitcoin trading at price ranges between $3500-$4100. Many ‘experts’ are cautious when it comes to making any price predictions. Whilst we as a cryptocurrency platform remain optimistic about the future of bitcoin and other cryptocurrencies and focus on building the technology that will support cryptocurrency adoption during this crypto winter.