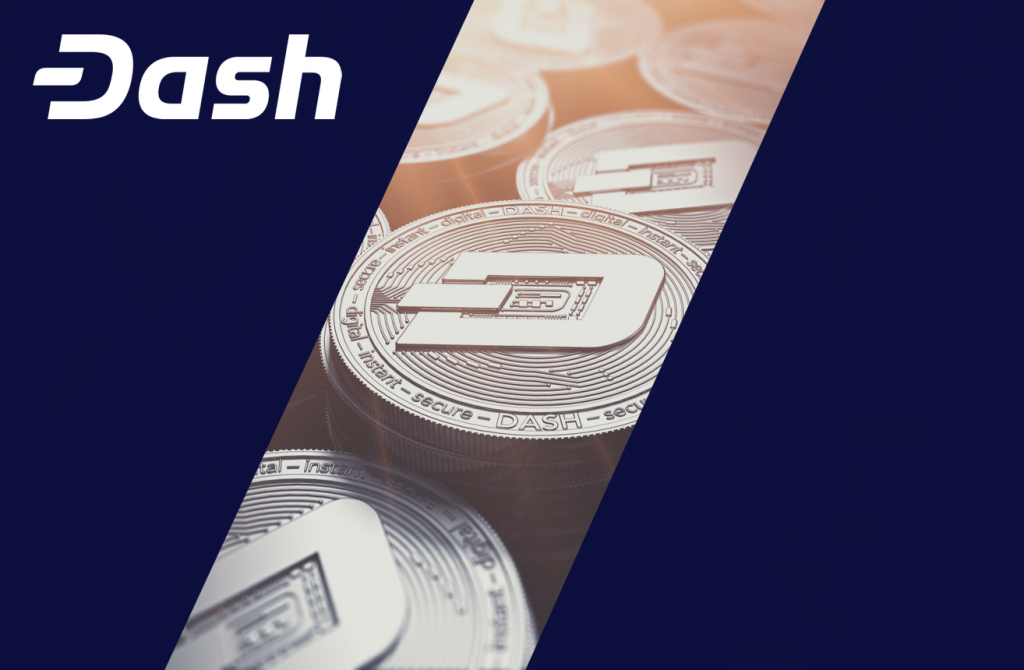 Dash was named after the synonym for cryptocurrency – ‘digital cash’. Dash, therefore, refers to themselves as a “revolutionary digital money system” that provides digital cash which users can “spend anywhere”.

Dash was originally known as ‘XCoin’. It was founded by Evan Duffield, who released the altcoin cryptocurrency in 2014. The Dash altcoin was based on the Bitcoin project. But, like every other cryptocurrency project, Dash aims to improve the limitations of Bitcoin (BTC) by offering faster transaction confirmations and greater privacy. By making their DASH token more user -friendly and scalable, Dash is focussing on the payments industry.

Since launch, the Dash network has grown to 4,100 Masternodes; holding one of the largest peer-to-peer networks in the world.

Coindirect reveals everything you should know about the Dash (DASH) altcoin and how Dash works.

What is Dash (DASH)?

Much like Bitcoin, Dash (DASH) is an open-source, peer-to-peer cryptocurrency. Except, the altcoin holds a strong focus on the payments industry.

What altcoin investors enjoy about DASH is that it is movable, cost-effective, divisible and instant. With Dash, buyers, sellers and traders can make transactions online and in person with minimal transaction fees.

Dash aims to be the most user-friendly and scalable payments system in the world. Few of the many features offered by Dash is that it offers instant transactions through its ‘InstantSend’ option, as well as private transactions through its ‘PrivateSend’ option, for those who want extra privacy and security. With InstantSend, Dash user transactions are confirmed within 2-seconds; while PrivateSend, Dash users receive financial privacy by blurring the source of funds on the blockchain.

As a decentralised altcoin, Dash also retains a self-governing and self-funding model. This allows users on the Dash network to make transactions for work that adds value to the network. Governance and Treasury enables Dash stakeholders to determine the course of the project while providing 10% of the block reward to the project’s development.

According to Dash, “This decentralized governance and budgeting system makes it one of the first ever successful decentralized autonomous organizations (DAO).”

About the ‘Dash Evolution’

In doing so, Dash has developed a tiered network design on which various jobs for the Dash network can be done, provided API access and created a decentralized file system.

Dash had previously announced that they will be releasing Dash Evolution in stages:

According to Dash, below are the current work on Dash Evolution (at the time of writing):

“DashDrive: A decentralized shared file system for user data that lives on the second tier network
DAPI: A decentralized API which allows third tier users to access the network securely
DashPay Decentralized Wallets: These wallets are light clients connected to the network via DAPI and run on various platforms
Second Tier: The masternode network, which provides compensated infrastructure for the project
Budgets: The second tier is given voting power to allocate funds for specific projects on the network via the budget system
Governance: The second tier is given voting power to govern the currency and chart the course the currency takes
Quorum Chain: This feature introduces a permanent stable masternode list, which can be used to calculate past and present quorums
Social Wallet: We introduce a social wallet, which allows friends lists, grouping of users and shared multisig accounts.”

How does Dash mining work?

Dash (DASH) is another one of the very few altcoin cryptocurrencies that can be mined. The difference between mining Dash, Bitcoin and other altcoins is that in addition to receiving Proof-of-Work (PoW) rewards, DASH miners are also rewarded for running and maintaining special servers called ‘Masternodes’.

Masternodes are, essentially, the ‘battery’ used to power PrivateSend, InstantSend, and the governance and treasury systems. Masternodes are a new layer of network servers that work in secure clusters that are known as ‘quorums’. These enable decentralized services such as instant transactions, privacy and governance. At the same time, it eliminates prospective low-cost network attacks.

Users are rewarded for running Masternodes – 45% of the block reward is allocated to pay the Masternodes network. However, Dash requires that Masternodes owners possess 1000 DASH, which they prove by signing a message and broadcasting it to the Dash network.

Dash provides Masternodes users with proposal-voting rights. Here, each Masternode has 1 vote. The vote can be used on Dash budget proposals or project decisions.

As there are hosting costs involved in Masternodes, they are paid a percentage of the block reward as an incentive. According to dash, Masternodes earn around 8% return on 1000 DASH – these rewards decrease by 7% each year, however, a rising value in Dash may also trigger these reductions.

Transactions on the Dash altcoin network

With the blockchain being decentralized and new blocks generated by a miner who is paid through a block reward, the presence of spam transactions are not uncommon. In order to prevent these spam transactions, the size of each block is artificially limited – as the number of transactions increase, block spaces become a scarce commodity. With DASH, miners have the option to include the transaction in the block they generate. Thus, a voluntary transaction fee can be included as an incentive for the miner to process the transaction.

In order to promote the consistent growth of cost-efficient transactions, the Dash block size increased from 1MB to 2MB. Operating on a different, mandatory fee schedule is InstantSend and PrivateSend transactions.

Dash implements PrivateSend by creating denominations of 10, 1, 0.1 and 0.01 DASH. These denominations are then mixed with other DASH users. For a standard transaction, creating the denominations are charged at a default fee. However, mixing is free; except on the “average of one in ten” occasion where 0.001 DASH is charged to prevent spam. Spending inputs that are mixed will either incur the standard fee or InstantSend fee. According to Dash, “o avoid creating a potentially identifiable change address, the fee is always rounded up to the lowest possible denomination.” This is equivalent to .01 DASH.

Combining InstantSend and PrivateSend can result in the accumulation of high fees, as PrivateSend transactions may require a number of inputs, while InstantSend charges 0.0001 DASH per input.

Benefits of investing in the Dash (DASH) altcoin

With Dash offering many features that improve the limitations of Bitcoin, there are many benefits to follow.

For the next 3 months, Coindirect will be hosting a series of competitions. Each month, you could win a selected cryptocurrency, and a cold storage, hardware wallet in partnership with Trezor and Ledger.

For the month of October 2018, we’re giving away 150 XRP* and one Nano Ledger S  hardware wallet*. Follow the below links for more information on how to enter each competition: