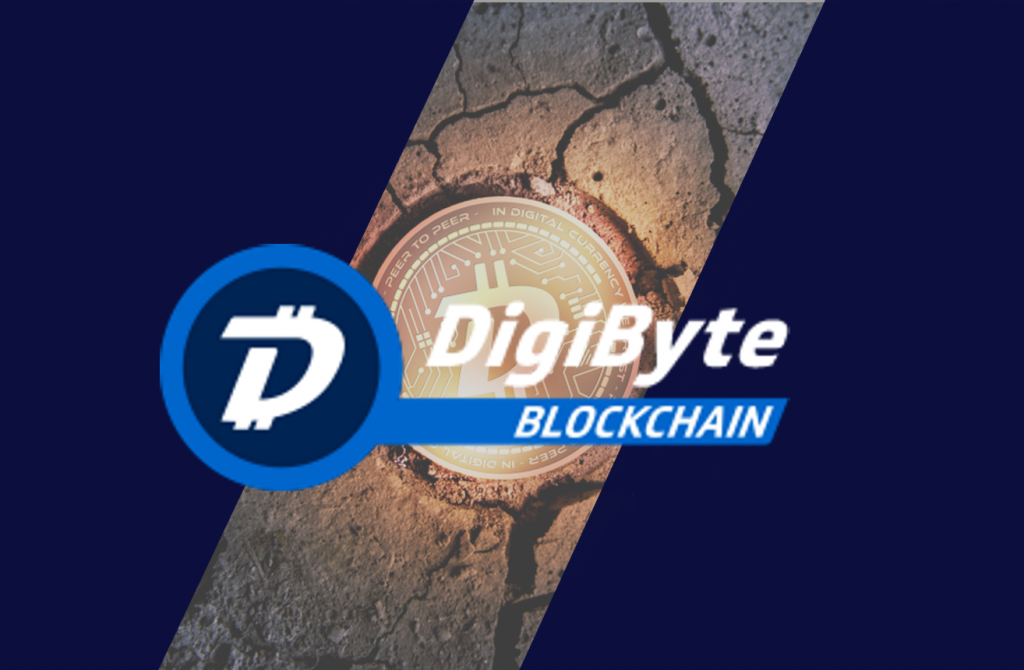 Securing the next generation of digital applications.

Is DigiByte (DGB) the ‘sleeping giant’ of cryptocurrency? Many DigiByte fanboys argue that the blockchain cryptocurrency is on the cutting-edge of digital currency thanks to its high-performance technology. 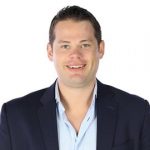 Dissatisfied with the speed and security of Bitcoin, DigiByte was created by Jared Tate who officially launched the digital currency on the 10th of January 2014. At the time of launch, DigiByte was regarded as part of few of the first public blockchain projects. Similar to PayPal and Western Union, it allows customers to move money over the internet through lightning-fast transactions with minimal or no fees.

DigiByte received its first breakthrough with its DigiShield hard fork. DigiShield protected the DigiByte blockchain against threats of multi-pools that inflate DGB values when it is mined. Dogecoin (DOGE) has adopted by DigiShield protection, while Microsoft added it to Azure.

Consistent improvement and development in DigiByte technology have shown industry-leading implementations since Jared Tate started working on the pioneering coin in 2013; including SegWit, MultiAlgo, MultiShield and of course, Digishield.

Although DigiByte did not receive much hype during its first few years, funding through donations has been contributed to the DigiByte Foundation. However, it has never been funded through an ICO, pre-sale or token sale – no private company controls the DigiByte blockchain.

In December 2017, DGB took a surge in price by 120% in just 12-hours. But, DigiByte is still in its growth phase; and just like any other cryptocurrency, DGB prices are volatile.

Coindirect delves further into what you need to know about DigiByte (DGB).

What is DigiByte (DGB)? 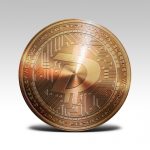 DigiByte was developed with a limited supply of 21-billion DGB to be mined by 2035. That’s 1000 times more coins than that of Bitcoin (BTC).

DGB creates a unique problem-solving experience. The altcoin was hard forked from a single mining algorithm to 5 mining algorithms. This essentially means that it uses 5 individual, equal-weighted mining algorithms; with each one having its own difficulty that is weighted against the other in a dynamic process. This process is also known as ‘MultiShield’ – an all-new version of DigiShield.

The DigiByte blockchain has grown to 7-million blocks through its consistent scaling of issues yielded by its blockchain. Today, DigiByte’s blockchain can be applied to applications, as well as are used to fix 90% of internet vulnerability.

The DigiByte blockchain consists of 3 layers; including the Application Layer, Digital Asset Layer and the Core Protocol Layer. 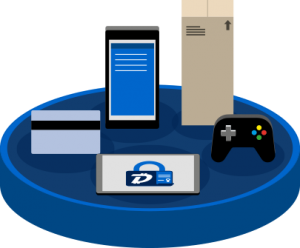 The applications layer of the DigiByte blockchain is the top layer which users operate on in apps. The top layer consists of: 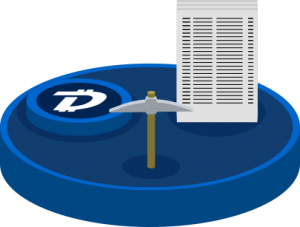 The digital asset layer of the DigiByte blockchain is essentially the ‘public ledger’ and middle layer. This layer incentivises the secure of the platform. The middle layer consists of: 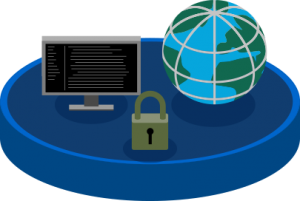 Why use DigiByte and buy DGB? 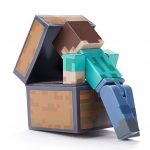 DigiByte’s initial interest lied in bridging the gap between cryptocurrency and gaming where players would be rewarded with a unit of DGB. Integration of DigiByte cropped up in games like Minecraft and League of Legends. But in paying out millions of DGB over the years, the DigiByte platform eventually started experiencing technical issues. In turn, DigiByte gaming was shut down in 2009.

But, this did not stop DigiByte from getting on to the Bitcoin-scaling bandwagon. 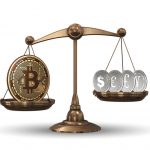 Here’s what DigiByte is bringing to the table:

What drives the DigiByte price? 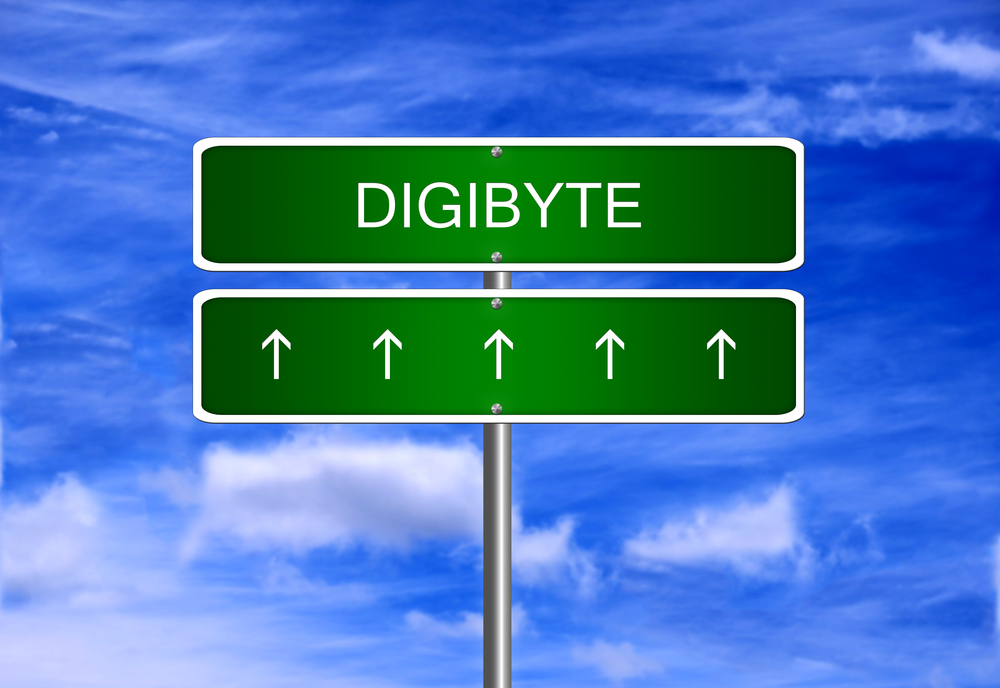 Factors that may drive the price of DGB include:

Altcoin adoption is hugely influenced by the use cases of the coin. Spreading of FUD by media, negative press from influential people, banning of cryptocurrency by certain countries (regulation), and hacking of DigiByte and exchange platforms may negatively affect DigitByte prices.

Wallet storages are the foundation to DApps on the DigiByte blockchain. Your DigiBytes can be securely stored, sent and received using a cryptocurrency wallet. Many also use it to buy, sell and hold onto DGB. DigiByte wallets are used by DGB buyers, sellers, miners and traders all over the world.

However, not all wallet support DGB, as the majority of digital currency wallets only cater for industry-favourites like Bitcoin (BTC) and Ethereum (ETH).

The Coindirect cryptocurrency wallet is supported in 25 countries around the world. 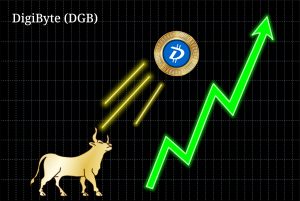 DigiByte has been successfully traded on decentralised cryptocurrency exchanges as a key step towards generating a return on investment for DGB values and building a decentralised digital future.

With Coindirect, DigiByte can also be easily bought via conversion on our peer-to-peer marketplace.

Digibyte can also be sold for BTC or other cryptocurrencies via the Coindirect conversion service. If you are located in one of our 25 supported countries, you can instantly sell your DGB by selecting the best buy offer from vendors in your country or you can set up a sell offer on our peer-to-peer marketplace.

You already have access to our integrated exchange with 50% off trading fees until the end of October 2018 (0.1% on crypto to crypto trades and 0.4% on fiat to crypto trades). 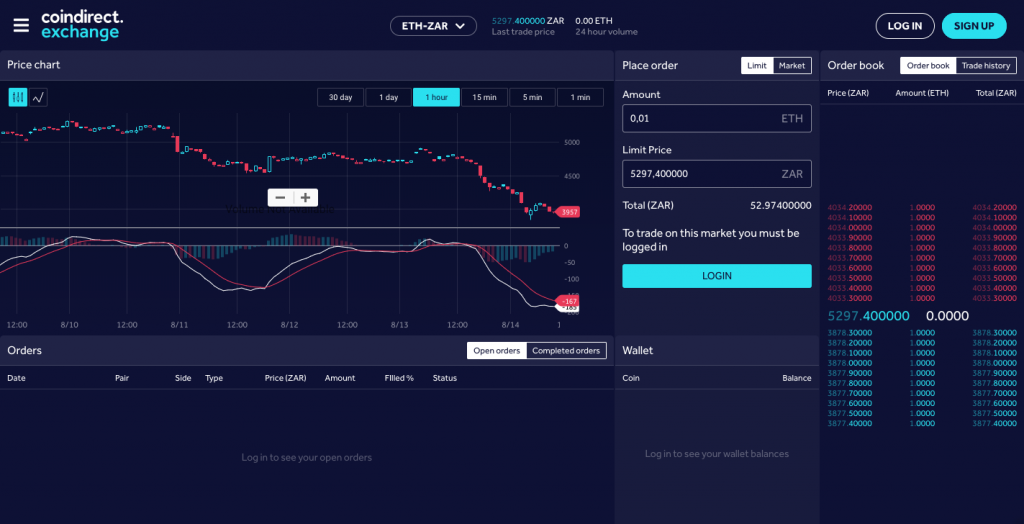 Trade 15 trading pairs on Africa’s biggest and the world’s most emerging cryptocurrency exchange. Create a free account and select your preferred trading pair/s. #OwnTheFuture with Coindirect.