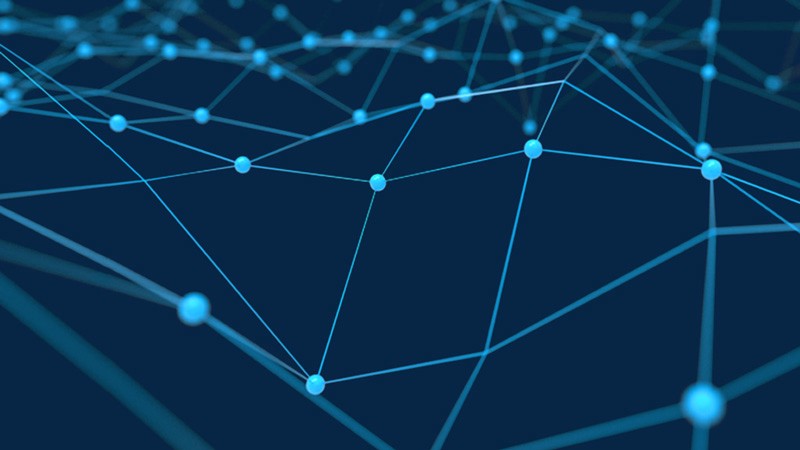 With the rapidly expanding world of cryptocurrency, comes a whole new library of new terminology to help define it. The more you know, the better equipped you’ll be to understand all the exciting new developments happening in the industry. Hopefully by the time you’ve finished reading this article, you’ll be fluent in crypto-speak.

Blockchain is the underlying technology that allows digital currencies to be recorded on a distributed ledger. These ledgers record every single exchange of a digital currency and are shared across thousands of computers to make the details within it indisputable. The ‘block’ refers to a record of all transactions over a set amount of time, while the ‘chain’ refers to the repeated process of creating new blocks in a linear fashion and linking them together in a chain using cryptographic proofs.

To simplify the logic behind blockchain, let’s look at a football analogy. Imagine two football teams playing against each other in a stadium full of neutral spectators. Everytime a goal is scored, each spectator records it as it happens. Traditional banking systems would have to trust one person (the referee) to know the score at the end of the game, where blockchain systems rely on the consensus of the thousands of neutral spectators to confirm the score. To achieve this in the context of cryptocurrency, the technology uses a combination of solved blockchains and ‘proof of work’ in order to provide an indisputable consensus.

When reading about cryptocurrencies it may seem like these terms are used interchangeably, but token and altcoin are actually variations that fall under the umbrella term of cryptocurrency. The term cryptocurrency is used to define any digital currency that incorporates the use of the advanced encryption technique called cryptography.

Altcoins, or Alternative Cryptocurrency coins, refers to any coins that are not bitcoin. Tokens are a representation of a asset or utility that can be traded. Tokens are strongly associated with ICO’s and are often built on pre-existing standard from established ‘smart contract’ blockchains like Ethereum.

This stands for Initial Coin Offering and refers to a disruptive new method for projects to gain funding. Vechain and SALT are examples of companies to do this crowdfunding technique successfully with the value of their tokens tethered to the success of their businesses. Investing in ICO’s can’t be compared to buying shares in a company, as they lack the regulation that legally protects traditional shareholders. Instead, tokens provide some form of utility and captures some of the value produced in the network they facilitate.

Fiat money is often referred to when talking about currencies that are backed by governments. As an example, the US government trusts its reserve bank to issue the US dollar as their fiat currency. Money is intrinsically worthless, but the value comes from the combined trust of everybody participating in the system. This is why currencies can be vulnerable to collapse when the people no longer trust the government. Fiat money can be manipulated by government run reserve banks, either by printing money or restricting access to it, where the amount of cryptocurrency is not centrally controlled.

In cryptocurrency terms, a fork is an event where an existing cryptocurrency splits into two variations of the code. This happens when the developers behind a particular coin can’t reach a consensus on how to best improve the code. This can happen in many different ways for a wide variety of reasons that we can’t fit within a single paragraph. This phenomenon explains why you’ll see coins like Bitcoin Cash, Litecoin and Ethereum Classic. Generally when forks occur, people who own coins keep a full balance of the original coin and are credited with a separate balance in a new wallet.

A cryptocurrency wallet is the primary way owners of cryptocurrencies are able to access their coins. The coins don’t technically sit within the wallet, but the wallet holds the keys that connect you to the distributed blockchain ledger where the value of your coins are recorded. Wallets are made up of a public and private key or keys. The public key is the code recorded on the distributed ledger for every transaction you might do, while the private key is what you use to access the functions of the public key. The private key needs to be kept secure in order to protect your coin assets.

Because a cryptocurrency wallet is essentially a private key made up of 256-bit number, there are multiple ways of hosting it, each with their own set of risks and benefits. A software wallet can be installed onto a computer, tablet or phone. Wallets can also be hosted online by a trusted third party like Coindirect, allowing you to keep multiple wallets under a single secure login. Coindirect offers two-factor authentication to users for an additional layer of personal security.

This refers to where a particular wallet is hosted. Hot storage refers to a wallet that is accessible from an internet connection, where cold storage refers to hosting your wallet offline on a separate piece of hardware. The majority of Coindirect’s users’ Bitcoins are kept securely in cold storage. This is considered the most secure method and is equivalent to a digital bank vault.

An escrow is a financial arrangement where a third party holds and regulates payment of the funds required for two parties involved in a given transaction. This has become a useful tool within the cryptocurrency marketplace as it lets 2 strangers transact without the risk of one of the parties not honouring the agreement. All of Coindirect’s peer-to-peer transactions are escrow protected for the safety of both the buyers and sellers.