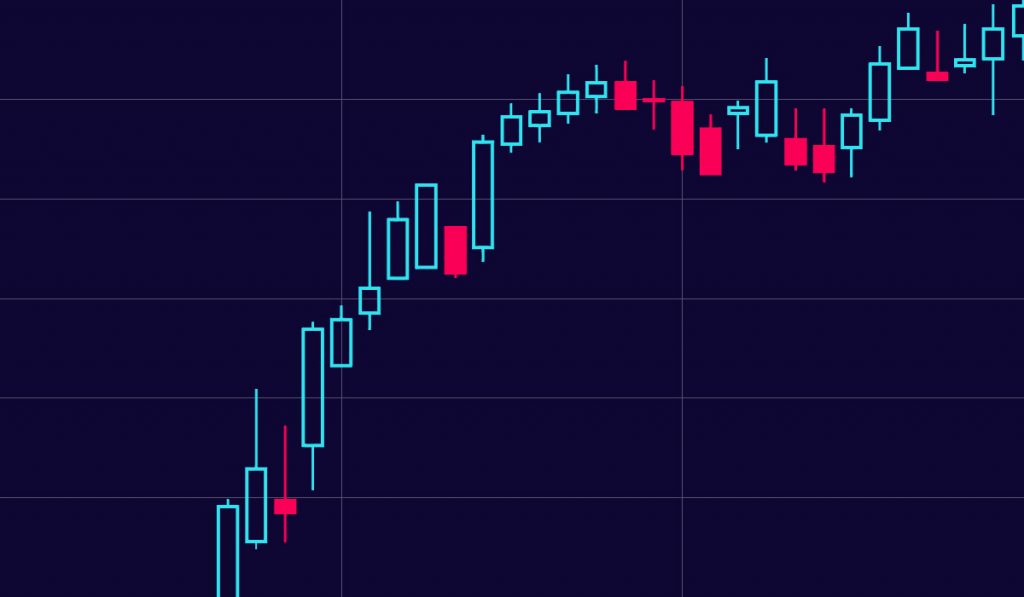 Get a solid introduction to reading price charts

Price charts are used to assist traders in identifying the short term and long term patterns that would indicate the ideal buying or selling times. These types of charts are valuable as we’re able to take in large amounts of data in a short amount of time due to their visual nature. In the cryptocurrency space, these charts are constantly being analysed for meaning. It’s important to note that past performance of any coin is not a guarantee of future results. We’ve broken down the basics to assist you in understanding the fundamentals of charts.

The time frame on a chart is set along the X-axis or horizontal axis. Charts loaded on websites will open on a default time frame set by the host of the website but these are often adjustable. By setting the time frame to a wider range, like one year, you can gain more context and reveal the long-term trends. If you were to zoom into a smaller time frame like 12 hours, you will see movements just for those specified hours.

The value is most commonly indicated on the Y-axis or vertical axis. It’s important to have a clear understanding of what the value being presented actually represents. If we were to take Bitcoin over time as an example, it’s value is commonly measured against the US Dollar, but it could also be valued against your local currency, which would present different results.

If we were to look at the value of Ripple over time, It could be measured against a Fiat currency or even its value in relation to Bitcoin. All three options would present different results so it’s important to have a clear idea of what is being presented to you.

The value range is important to pay attention to as it contextualises movements in value within a set range. Instead of viewing the current value in relation to a zero value, most charts will create a custom value range based on the most extreme fluctuations within the set time frame. This means upward and downward movements on a chart can appear exaggerated within the bounds of a relatively small value range. In contrast, the wider the value range, the more stable a value may appear as the movement in relation to zero would appear far less dramatic.

These two are phrases that commonly represent the high and low watermarks of a commodity or currency. The ‘support’ refers to the assumed lowest point a value will dip, while a resistance refers to the value peak that it presumably never surpasses. The upward turnaround after hitting a support value is predictably called a bounce.

In terms of price charts, a channel refers to the range of fluctuation that happens to a commodity or currency over time. If something shows a fairly steady increase in value over a long period of time, you could say it has a narrow channel. If a commodity or currency fluctuates with spiking values followed by dramatic crashes, it would have a very wide channel of value and therefore imply higher risk.

Trend lines are the straight lines you’re able to draw between chosen high points or low points, with a set time frame, in order to suggest future trajectories. These trends lines will be speculative but are commonly utilised by market analysts.

Being able to get the most out of price charts is a useful skill that will help you gain a greater understanding of cryptocurrency market behaviour in the long and short-term.

Disclaimer: This article should not be taken as financial advice. Never invest what you can’t afford to lose as the cryptocurrency market is extremely volatile. Always research as much as possible before buying any coin. It’s important to note that past performance of any commodity or currency is not a guaranteed future results.