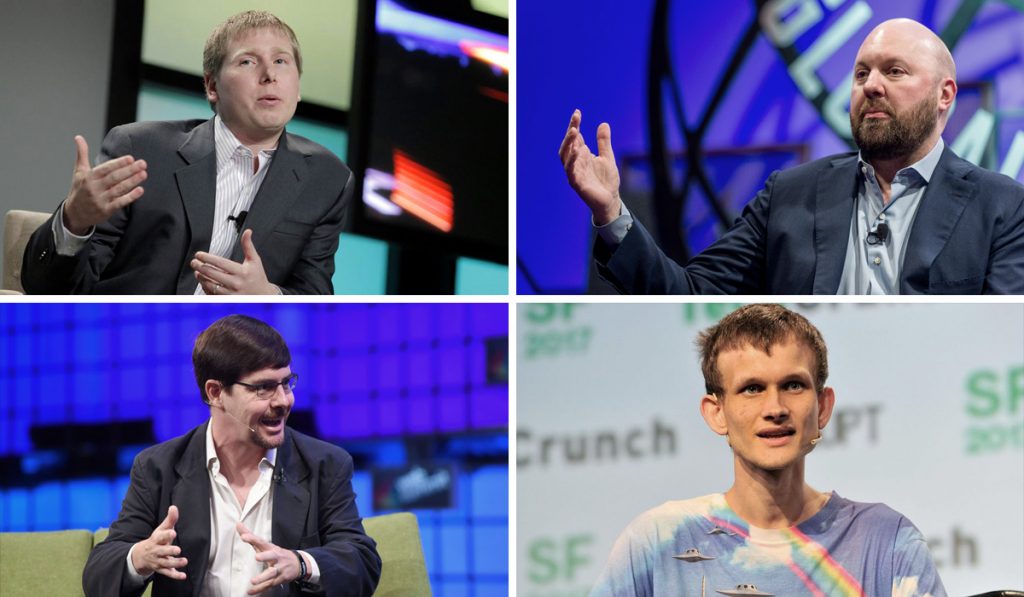 From pioneers to hype men, here are some of the loudest voices in crypto

Although the cryptocurrency space is notoriously secretive, there are those who make a point of being vocal. Their opinions matter, and through influence or investment, they’re shaping the future of the crypto space. Here are 8 personalities that are hard to ignore when it comes to all things crypto.

At only 24 years old, the co-founder of Ethereum is currently one of the biggest superstars in the cryptocurrency space. Vitalik has been outspoken about many cryptocurrency issues and most recently boycotted Coindesk’s Consensus 2018 over the website’s issue with giveaway scams. He also co-founded Bitcoin Magazine in September 2011 to try and bring greater attention and understanding to the newly formed technology.

As a self-described blockchain, cryptocurrency, and smart contracts pioneer, Nick Szabo is a valuable player in the industry. He designed a decentralised digital currency called bit gold ten years before Bitcoin but it was never implemented. This is part of the reason why many presume he may be the elusive Bitcoin founder Satoshi Nakamoto.

Originally known as the pair that sued Mark Zuckerberg in Facebook’s early days, Cameron and Tyler have since dug into the cryptocurrency space. They were early Bitcoin investors and have launched a Bitcoin Exchange in the US called Gemini. Most recently they have won a patent for settling exchange-traded products (ETPs) with digital currencies, including Bitcoin, Ripple, Dogecoin and Ethereum.

As the founder and CEO of the Digital Currency Group, Barry invests in groundbreaking companies that will hopefully transform the global financial systems. He is the guy to impress in the crypto space and getting his backing can make or break a company.

Marc is a software pioneer who developed the first widely used internet browsers Mosaic and Netscape. As the co-founder of Silicon Valley-based venture capital firm Andreessen Horowitz, he has backed big tech names like Slack, Pinterest and Airbnb. More recently he has been throwing his weight behind a series of Bitcoin-related startups. If that wasn’t enough, he also sits on the board for not only Facebook but eBay and Hewlett Packard too.

This Bitcoin developer has long been the reluctant figurehead of the Bitcoin community. He is often credited for encouraging the adoption of bitcoin since 2010 when he discovered the technology. By 2012 he has created the Bitcoin Foundation to standardize, protect and promote Bitcoin. He has recently caused waves in the community when he claimed controversial Australian Craig Wright was most probably Satoshi Nakamoto.

As one of the developers behind Monero, this quirky South African has been busy spreading the word on the importance of privacy in Crypto transactions. His advocacy is part of the reason why Monero’s value jumped up into the top fifteen cryptocurrencies in a relatively short space of time. For people looking for a public figure punting privacy, this is someone to pay attention to.

This bitcoin advocate, speaker and podcast host has been singing the praises of bitcoin since 2012. His work has helped bring mainstream attention to Bitcoin and pushed for wider understanding and excitement around the technology. In late 2017, the Bitcoin community collectively donated 100 bitcoins to his account after Roger Ver questioned his investment choices.

Keep in touch with the blog as we’ll be bringing out the second post with even more personalities to follow in the crypto space soon.